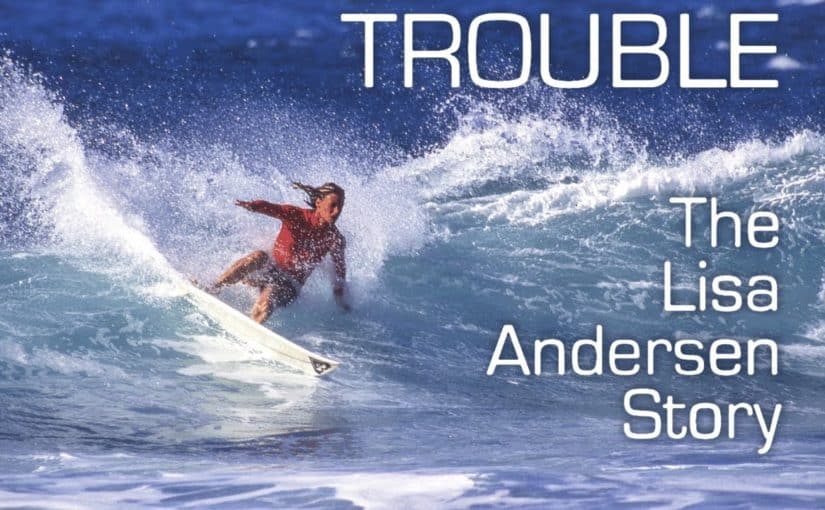 Chas Smith’s lint-free biopic tells the story of the delinquent Florida that became California on the run, becoming a 4-time world champion.

There was a time when Lisa Andersen was the sexiest surfer in the world.
Keep in mind that this was a time when being sexy was not considered a bad thing – not long after the Women’s Lib and the sexual revolution became uncomfortable bedfellows, but long before cyber spies and the #MeToo movement made everyone aware.

It was a time when a middle-class girl from rural Virginia could have a dream, make every possible mistake along the way and become a world champion and, later, a world icon – always in balance between sport, fashion and folk art in a patriarchal culture without excuse who would not listen to any of this.

Taking the next logical step in his evolution as a master storyteller, Chas Smith, the most in vogue surf journalist in the world right now, premiered his first documentary film, Trouble: The Lisa Andersen Story, at the Florida Surf Film Festival’s quarterly screenings in New Smyrna Beach and Jacksonville last week. Appropriate, considering that’s exactly where Lisa caught the bug, once her family moved to Ormond Beach, between NSB and Jax. From the start, Lisa’s alcoholic father and stern mother were vehemently opposed to her newfound passion. They assumed all surfers were lazy stoners — and they were right. read more